Sep 6, 2020, 00:00 AM by Temposonics
Today, Temposonics announced the expansion of its MH Threaded externally installed magnetostrictive linear position sensors with the addition of popular CANbus digital output formats including CANopen and J1939.

The MH Threaded sensor is optimized for off-highway applications such as loaders, telehandlers, and aerial work platforms. “Temposonics’ customers have seen a great deal of success with the analog output versions of the MH Threaded sensors, and the number one request has been to make a CANbus version available,”  states Luka Korzeniowski, Temposonics’ Global Market Segment Leader.  “The speed, flexibility, and reliability of CANbus has allowed it to rapidly evolve well beyond the automotive industry where it was first widely implemented to a growing number of off-highway applications. Today, Temposonics are delivering a version of the popular MH Threaded sensor with CANbus digital outputs such as CANopen and J1939.” 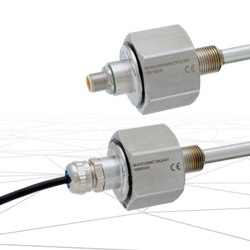 “The MH-Series sensors offer a robust alternative to contact-based linear sensors such as potentiometers - thereby prolonging the working lifespan,”  continued Korzeniowski.  “The MH Threaded sensor extends the rugged design of the Temposonics® MH-Series sensors to external threaded installations. The sensor can withstand harsh environments but still be serviced easily when needed.”

MH-Series Sensors with proprietary Temposonics® magentostrictive technology are not vulnerable to vibration, shock, dust and electro-magnetic interference. Instead of installing the sensor completely inside of the cylinder, the MH Threaded offers the ability to mount by threading the housing from the outside, while still maintaining the ability to measure the position of the rod in the hydraulic cylinder. This design allows the user to thread the sensor into place or remove the sensor from the vehicle without having to disassemble the cylinder cap. If there is enough clearance on the vehicle, the sensor can be removed without the need to decouple the cylinder from its mounting fixtures. In addition to cylinders, the sensor can also be fitted with an optional float where it can be used to measure the amount of liquid in a tank such as the level of liquid fertilizer in an agricultural sprayer. The MH Threaded sensor is available in multiple configurations with stroke lengths up to 2.5m and either M18 or ¾”-16 threads. 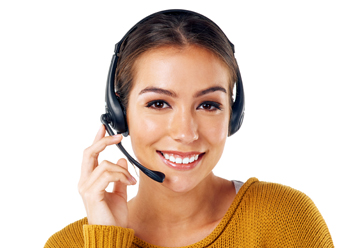 Our support team will assist you with any of your inquiries about our products.